We have had a relatively smooth four years of the EU Timber Regulation (EUTR), but what does the future hold and how has enforcement worked so far for the joinery & woodworking sector? With Article 50 now activated and the government seeking an electoral mandate to empower its position in Brexit negotiations, the fate of the regulation in Britain is up in the air despite broad sector support.

What is the EU Timber Regulation?

The EUTR came into force in the UK on 3 March 2013 and prohibits the placing of illegally harvested timber on the EU market. It lays down the procedures which those trading timber or timber products (including joinery) within the EU must put in place to minimise the risk of illegal timber being sold. With the vast majority of timber brought into the UK already legal and responsibly sourced, the regulation was proposed to be the final nail in the coffin of illegal timber in the UK.

How easy has it been for joinery manufacturers to meet the Regulation? 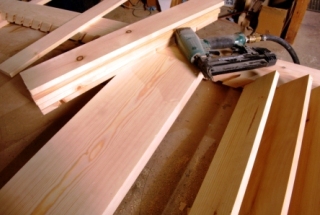 Most joinery businesses found that the transactions they made were already compliant with the EUTR. This is because companies trading in timber and timber products within the EU must essentially just keep records of sale and purchase. Their obligations under Article 5 of the Regulation concern traceability and are as follows:

1. To identify the operators or the traders who have supplied the timber and timber products.

2. To identify, where applicable, the traders to whom you have supplied timber and timber products.

3. To keep this information for at least five years and provide it to competent authorities if they so request.

Companies bringing timber products in directly from outside the EU have found compliance more complex. They needed to have a due diligence system in place even for one-off transactions and could not rely on suppliers to carry this out on their behalf. The system had to include information about the supply of timber products, an evaluation of the risk of placing illegally harvested timber and timber products on the market and necessary steps to mitigate this risk; for example additional information and third party verification.

Looking at the risk factor for joinery businesses, the larger BWF members tended to have rigorous ethical sourcing policies in place, so the concern for our industry was more likely to be atypical bespoke projects where companies had to bring in small amounts of timber product, for example veneers from South America.

There was also an underlying assumption in these cases that FSC and PEFC certification would be enough to satisfy requirements if bringing timber in from outside the EU. Although using certified timber from the major responsible sourcing schemes did indeed go some way to mitigating the risk of illegal timber, a company placing their timber and timber products on the EU market would still have to adhere to the due diligence process set out in the law – and of course, you can’t do retrospective due diligence. For BWF members, we adapted the BWF Code of Conduct to draw attention to the new rules.

What are the penalties of failure and has the enforcement worked?

Traders that fail to maintain adequate records of timber product transactions risk a fine of up to £5,000 and the penalties for those that place illegal timber on the EU market or have an inadequate due diligence system could be a term of imprisonment of up to two years and/or an unlimited fine. Inspectors also have the powers to seize timber which they reasonably believe to be illegally harvested and to either remove it or prevent its movement. With European member states now having had four years’ experience of enforcing the regulation, the rules could soon be broadened and given further bite to remove any blind spots and to act as a stronger deterrent. 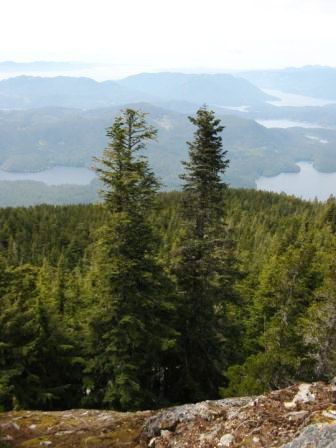 Enforcement across Europe has been a mixed bag although two Member State authorities have recently issued fines. Last year a court ruling in Sweden declared that a company importing timber from Myanmar was in breach of the EUTR because the origin of the timber could not be accurately determined. Fines have also been imposed in The Netherlands where a company did not meet the EUTR due diligence requirement.

The European Commission has also taken active steps to ensure the proper functioning of the EUTR in member states where enforcement has been lax, taking action against Slovakia, Spain and Greece to improve national implementation.

Thankfully the National Measurement Office, which was responsible for the enforcement of the EUTR in the UK, made a concerted effort to liaise with industry and ensure that the UK supply chain was up to speed before the regulation came in. We worked with them to update our documentation and create guidance, FAQs and a template due diligence system that joinery companies could use to address the risk factors noted earlier and get on top of the new rules.

What problems have joinery businesses found? 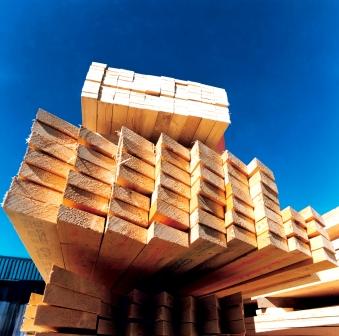 With the enforcement side being very well handled on the whole, and compliance straightforward for most joinery businesses, the problems that BWF members experienced were more likely to be from customers misinterpreting the Regulation.

When the EUTR came in four years ago, our members were often asked for more information than necessary as some housebuilders and major construction groups that they supplied to attempted to avoid any liability or reputational risk of getting caught out by the Regulation. Such demands included requesting that their entire supplier list get immediate Chain of Custody certification or asking them to send through a copy of the due diligence system. Adding to this confusion was uncertainty around the role of international timber agents and their responsibilities.

As a result of this we drew up a simple declaration that our members could use which would satisfy the demands of a reasonable customer. The issues surrounding agents were eventually subject to further clarification, but in the meantime we insisted that manufacturer members scoped out as much information as possible regarding about a supplier’s legitimacy, the legality of timber they source, and their stated role in the transaction.

What does the joinery sector think of the Regulation?

Over the past few years, there has been a lot said about ‘red tape’ coming from Europe (some of it mischievous gossip, some of it legitimate concern), and in the construction sector manufacturers have had to adapt to the recent Construction Product Regulation and its CE Marking obligations. But the timber industry has been very supportive of the EUTR. Partly because as an industry we’ve worked hard to build the sustainable and legal supply chain we now have, and also because it’s a sensible solution to the problem.

Parallel efforts to tackle illegal logging have made significant progress too in the last few years. The first shipments of FLEGT-licensed timber from Indonesia recently arrived in the EU. Timber exported to the EU with a valid FLEGT license is considered to be automatically legal under the EUTR, making it easier for first-placers to comply.

What is likely to happen to the Regulation?

Some government officials have argued that leaving the EU will allow Britain to revamp its rules and deregulate. Given the government’s engagement with issues of sustainability and environmental welfare, this is a possibility, however, a number of surveys have found huge support for the status quo with significant majorities of voters across the political divide wanting EU environmental regulations to be maintained or even strengthened in the wake of Brexit. But if the principles of the EUTR are to be retained post-Brexit then some technical adjustments to the rules will clearly be needed at the very least.

Would the government really want to take a step back in the fight against illegal logging? Britain’s wood culture runs deep. You just have to think back to the coalition government’s controversial plans to sell off England’s public forest estate to raise £250m. The plans faced a barrage of criticism and were finally abandoned after the government hastily set up an expert panel which called for the 637,000 acres of woodlands owned by the Forestry Commission to remain in public ownership.

We wait patiently to see whether government, with the mandate it may or may not have or feels it has, adopts a more circumspect approach to the EUTR or simply rips up the rule book.