Despite strong resistance from the BWF and a number of other organisations, the government has gone ahead with plans to remove the zero VAT rating on approved alterations to listed buildings. 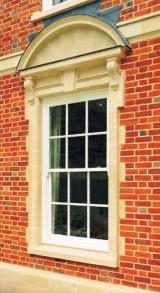 The proposed measure was announced in the 2012 Budget and would add 20 per cent to the cost of alterations approved under listed building consent. The BWF’s view is that, given the benefits that the nation would see from an improvement in the fortunes of the construction sector, the HMRC is mistaken in implementing a measure that would actually lead to a fall in construction activity, particularly one which would affect a number of manufacturers of quality joinery.

With the measures already causing disruption to planned building projects and threatening the future of the UK’s historic buildings, the BWF joined a number of organisations in opposing the change.  These include the Campaign to Protect Rural England, the Federation of Master Builders, the Heritage Alliance and the Royal Institute of British Architects.

“This this is blatant short-termism and is without doubt a further setback for our industry.  The outcome will be raft of work that will now never come to light or indeed corners will be cut to shave costs off.

"One wonders if this has more to do with being accused of another u-turn than sensible legislation. We are consulting with the wider lobby group, but I very much want to see the impact assessment for this decision and compare it to the 'pasty tax' u-turn, there is clearly a lack of consistency here."

The campaign against the changes did yield some concessions, in particular;