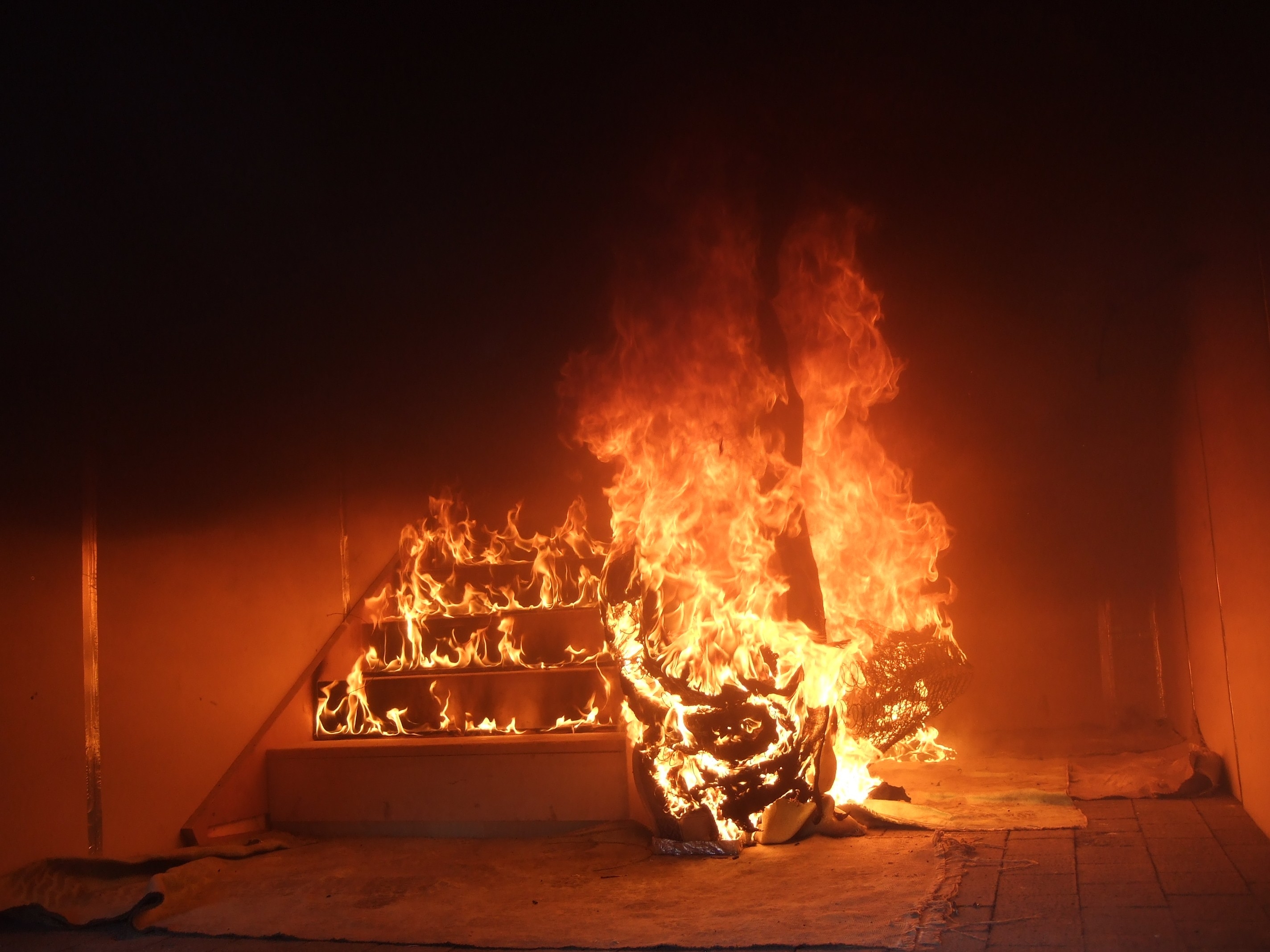 In medium-rise buildings, the common flight stair may act as one of the routes of escape in the event of fire yielding serious implications of this for the safety of the occupants of the building and the emergency rescue services.

In 2009 The Department for Communities and Local Government (DCLG) commissioned BRE to conduct research and produce a report on the ‘Fire Performance of Escape Stairs’ – project BD2569. The overall aim of the project was to extend the methodology adopted in the TF2000 research project to develop guidance based on a test method that provides a realistic assessment of the fire performance of escape stairs in practice. It was intended that this approach retain existing levels of safety with regard to means of escape and access for the Fire and Rescue Service whilst enabling alternatives to prescriptive design solutions.

The experimental programme was developed in consultation with a Steering Group of key stakeholders including the British Woodworking Federation, the BRE and DCLG.  Steering Group members also included regulatory bodies, the Fire and Rescue Service, insurers and manufacturers of stair products and fire retardant treatments. The Group considered a range of issues including fire spread, structural performance, design fire scenarios, stair design including geometry and material specification, and the level of fire protection required to achieve the functional requirements of the Building Regulations.

An experimental programme consisting of 13 fire tests took place.  The parameters investigated were stair geometry, timber used for treads and risers, the nature and level of reaction to fire treatment and the influence of floor coverings. A test methodology was developed which has proved to be repeatable and well defined in terms of fire loading, location of the seat of the fire, ventilation conditions and ignition procedure. This report contains the test methodology, results and observations from the fire tests. The main conclusions of the experimental programme are as follows:

Certificated BWF Stair Scheme Members have tested staircases successfully to the method determined under project BD2569.  These tests ensure that a certificated staircase will not be consumed by fire and that it will maintain its normal function in the event of a fire in the stair enclosure. Only stairs proved to be capable of carrying a large static load after the fire test, which confirmed they are suitable for use as escape stairs, providing a safe route out of a multi storey building are acceptable.

The inaugural Awards, which showcase and reward excellence and innovation amongst suppliers to the UK housebuilding industry, were presented at a special event at Edgbaston Stadium in Birmingham on Thursday 20 June, by columnist, author and former England Cricketer Ed Smith.

JELD-WEN is the first and only UK timber stairs manufacturer to be certified by the Loss Prevention Certification Board (LPCB) for fire-protected timber stairs through the BWF Stair Scheme.

JELD-WEN developed its LPCB Certified fire-protected stair range by working with the British Woodworking Federation (BWF) and the BRE and undertook an extensive test programme. As a supplier of these products, JELD-WEN is authorised to label its stairs with the instantly recognisable LPCB ‘horseshoe’ mark alongside the new BWF “badge”.

These certifications not only demonstrate that the stair is not consumed in a fire, but also that JELD-WEN’s fire-protected stairs maintain their normal function after a fire event within the stair enclosure.  One test requirement, following the actual fire test, is that the stair will still carry a large static load, confirming its functionality as an escape stair.

Tony Baker at the BRE/LPCB said: “This certification is about giving specifiers and developers more confidence about products that meet fire protection requirements.  They should be in no doubt now that JELD-WEN’s timber stairs can be specified for low and medium rise blocks, and that they help minimise fire risks in the buildings they are designing, specifying or managing.”

Phil Chimento, JELD-WEN General Manager – Stairs, said: “The Award is fantastic recognition of our efforts to ensure that our stairs meet and exceed regulatory standards. We’re always looking at how we can improve our product range to provide a better service for our customers and this Award is a firm step in the right direction.”