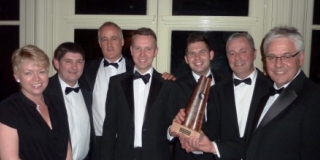 Following a keynote speech about the London 2012 Olympic legacy by Dr Peter Bonfield, Chief Executive of BRE, the BWF’s 2012 award for technical excellence and innovation in joinery manufacture was given to Icklesham Joinery for its outstanding renovation of the Robert Adam designed RSA House off the Strand in London.

This Georgian masterpiece, first built in 1774 and now one of the most exclusive business, social and film location venues in London, has been the home of some of the greatest thinkers and social activists of the past 200 years. Its Great Room has a famous glass domed roof allowing daylight to illuminate the celebrated paintings ‘The Progress of Human Knowledge’ by James Barry which adorn the upper walls.

“This award is an absolute honour, and testament to the whole workforce at Icklesham Joinery. The project was technically very demanding. We had to deliver a wide range of specialist items using modern materials to meet all today’s rigorous fire safety requirements, while remaining entirely sympathetic to the original building. It is actually four separate houses linked together, not just one, so we needed to get a consistent appearance and continuity of detailing throughout.

“Contemporary solutions had to be found to the client’s exacting specification. It has been challenging in terms of innovation, client satisfaction and attention to detail, but worth every minute. We are very proud to be part of this great house’s heritage.” 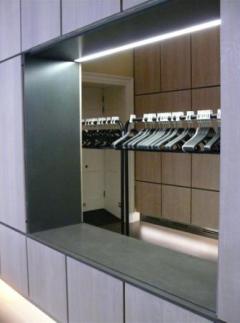 “The risks associated with this project were very high. Icklesham’s designers and tradesmen made what could have been a complete mismatch, look and fit together enhancing the elegance and grandeur of the building. To work with a demanding architect and main contractor to achieve such an innovative outcome calls for all-round good management, excellent technical skills and individual craftsmanship.”

The BWF technical award was established three years ago as a tribute to John Hedgecock, its former technical manager and one of the leading authorities on woodworking and joinery manufacture who died in 2009.  The award is given to individuals, companies, projects or products which demonstrate exceptional technical excellence, achievement or innovation in joinery manufacture.

Previous winners have included JELD-WEN UK and Howdens Joinery in 2011 for the Burford door (as recently featured in the CPA's innovation showcase), and in 2010 the award went to Welland Timber Products for its involvement in another high profile restoration project, Horace Walpole’s Villa in Strawberry Hill, Twickenham.

The award was sponsored again this year by Timbmet.  The other sponsors of the annual dinner were Euro Joinery & Doors, Performance Timber Products and Towergate Insurance.