Nearly two years ago, William Wragg took the plunge and left sixth form to begin an apprenticeship at joinery firm Tom Pearson & Sons. Since then he has developed essential skills and a passion for woodworking that has put him on track for a rewarding and successful career.

William and Nicholas share the stories behind their passion for the woodworking industry and explain how they believe apprenticeships provide a route into a rewarding and diverse career.

A job full of satisfaction

Apprentice William Wragg joined fourth-generation family firm Tom Pearson & Sons in 2018 when he decided that continuing in education at his secondary school sixth form wasn’t the path he wanted to take. William said, “After starting sixth form and studying for A Levels I found that it wasn’t for me and I didn’t enjoy it, so during my first year I decided to look into apprenticeships.

“I grew up on a farm where I helped out doing odd jobs where I could, and I found I really enjoyed the bits of woodworking that I got to do. I got in touch with my local joinery firm, Tom Pearson & Sons, to see if they had any apprenticeship spaces coming up, and after a successful trial I was hired.”

William combines his practical hands-on apprenticeship at Tom Pearson & Sons, which specialises in bespoke joinery products and heritage and conversation projects, with college one day a week and is currently working towards his Architectural Joinery Level 2 qualification.

Discussing why he entered the woodworking and joinery manufacturing industry, he explained, “There’s something special about woodworking and joinery, you get to see a project from start right through to finish. From a plain piece of timber, you create a beautiful moulded shape or finished product that you can be proud of.

“Other times you’re restoring historic features. I recently worked on the restoration of two big arch stained-glass windows, and it was really rewarding to turn something that had been left to rot into a window that looks new and in a great condition. It’s a really satisfying job.”

Nicholas Pearson is the director of the company and part of the business’s founding family. But like William, joining the industry wasn’t always his plan. As he explains: “After working with my father in the workshop when I was younger, I took a different career path to work in sales for the heating industry. I worked in this role for a while but would always drive past a timber door I had made when previously working with my father. I remember thinking ‘wow, I made that’, and after a while realised that woodworking was my passion and that I wanted to work for the family firm.

“That’s the fantastic draw of being a woodworker or joiner – you get to see and be proud of what you’ve made and even 20 years later, the wooden door is still there!”

Discussing William’s progress since joining the company, Nicholas said, “William has fully embraced our ethos to produce high quality bespoke joinery, offering his thoughts on how we can improve and work more efficiently. A real achievement is that, for our door manufacturing, he recently set up an overhead router to allow the multipoint lock and keeps to be fitted flush without needing to manually chop any of the casement or frame. This saved many hours of labour, so helped to improve job efficiency, which is great both for the business and the end customer.

“William has been fantastic, he’s worked on everything we’ve thrown at him – bespoke front door sets, sliding sash windows, traditional casement windows – and turned his hand to everything so far. It was brilliant to see him nominated at the national 2019 BWF Awards for Apprentice of the Year.”

Apprentices are the future

William is the second apprentice that Tom Pearson & Sons has supported, and the company believes the approach is vital for the future of the profession. Nicholas said,

“Apprentices are needed by our industry to bring in new talent and to allow them to train in a hands-on environment. It can be difficult for firms looking for high calibre apprentices, but with the BWF’s positive work in showcasing the industry to students, and apprentices like William who have a real passion for the industry, I look forward to welcoming the next generation of talent to our business and the sector as a whole.”

This is a view endorsed by William himself, who added, “I think there are students out there interested in an apprenticeship in woodworking and joinery, but there needs to be more awareness, especially of the hands-on apprenticeship route. Although studying full-time at college can be good for some, learning the practical side of the craft on the job means that you learn a lot more and that you have the skills employers are looking for once you’ve completed your apprenticeship.”

Tom Pearson & Sons is just one of many BWF members that support the future of the woodworking and joinery manufacturing industry by providing apprentices with a positive environment and the right skills and training for them to progress into a successful career. 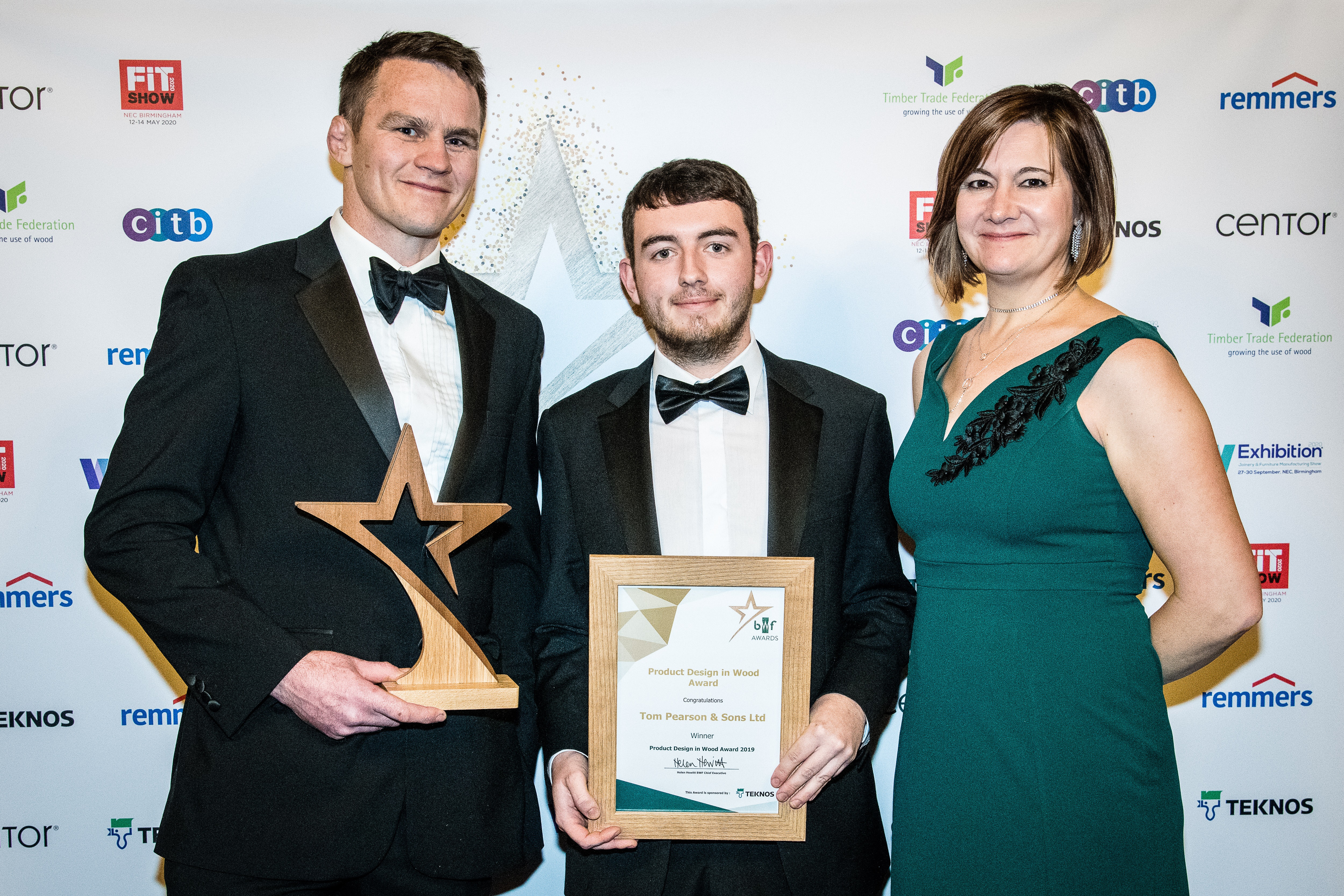